Night Vision on the Cheap

I stood in the “man cave” at my friend’s home one hot August afternoon as he pulled cases and pouches out of gun safes. The room held more weapons and high tech hunting gadgetry than most small town police stations in Texas.

My .300 Blackout rifle lay on the table as he walked me through the finer points of night vision monoculars, infrared lasers and thermal imaging and the “do’s and don’ts” of each piece of equipment. He explained night vision “generations” to my teenage son while each item was placed in precisely cut foam slots inside a hard plastic case.

At one point I asked “What’s a setup like that cost?” as he snapped the latches shut on the case.

He casually mumbled “about 50 grand” as he handed me the case.

I’ve got no idea how many times I told my son to be careful with the gear that night, but I spent a lot of time worrying. When I wasn’t worrying it was an amazing experience seeing crystal clear images of game in total darkness at distances farther than I could shoot. It opened my eyes to the world of night vision.

After the “taste” of night vision I spent that afternoon shopping around online. I’d convinced myself I’d “just find something lower quality and less elaborate” and that I could get something cheaper.”

After researching I found prices ranged from “your wife won’t talk to you for a month” to “she’ll divorce you” and everywhere in between.

Excited from the previous night’s hunt we decided to head back and hunt the feeder where the big boar kept appearing. I scanned the area with night vision but quickly grew weary of the system while hunting from our box blind and ideas started flowing through my head.

We’d used gun mounted “kill lights” (high powered flashlights with colored lights) for a good while. I’d seen a variety of feeder lights as well but nothing that fit our needs.

I purchased several manufactured products, none of which I was happy with for my application. I found several designs online, all of which were overcomplicated and didn’t have the features I wanted.

With each light I noted the positives and negatives and worked closer each time to determining what the perfect system would be.

Every light had the same issues, they weren’t bright enough, required expensive batteries, had batteries that wouldn’t last or required walking to the feeder to turn them on for a night’s hunt.

Through trial and error I developed a system that not only exceeded all my expectations and worked perfectly but was also inexpensive.

I’m not discounting night vision. If you’re hunting at night on foot or using any other method not involving a stand and feeder it’s hard to beat. Hunting a feeder on the other hand it just seemed like a hassle and almost like putting an elevator in an outhouse. Plus it’s obviously very expensive.

There’s no right or wrong way to build this system and every application will be a little different based on your specific feeder.

This system provides a very bright motion-activated light that’s powerful enough to shoot from one hundred yards or more.

It’s solar powered so there are no batteries to buy or change and it’s always on so you’re not going to scent up your feeder area and run the risk of being winded.

To build this system you need lights and a mounting bracket. This is again the most basic design you can expand upon at will based on your own needs and durability requirements.

I built my first brackets out of treated lumber scraps which lasted two years before I had to replace them. For a more durable solution you could weld a mounting bracket.

The material is not nearly important as the design. The mount must allow the lights to be mounted away from the feeder around 18 to 24 inches away from the barrel and the mounting surface needs to run parallel to the ground.

In its simplest form, for a 55-gallon drum feeder, cut two 24 inch pieces of 2×4 lumber and build an L-shaped wooden bracket to mount to the feeder. There’s a variety of more durable options, but I held the arms in place against the feeder and wrapped a ratchet strap around them and secured them in place on the feeder barrel.

The mounting brackets are used to mount solar powered LED motion-activated lights which are sold as “home security lights” in stores.

These lights are essential because:

• Motion-activated option assures they are only on when needed

You’ll find a variety of options in hardware stores some of which cost $100 or more but after a lot of wasted time and money I found the best option for a 60 LED Home Security Light available for $35 from Harbor Freight.

The light mounts on the bottom end of the bracket away from the feeder. This allows you to adjust the light so it shines away from the feeder at an angle and, more important, to aim the motion sensor so it detects movement as game approaches your feeder.

The solar panel is mounted on the top outside end of the bracket so it faces the sun and recharges the batteries during the day. Keeping it away from the feeder is essential so it gets direct sun to recharge during the day and doesn’t spend long hours in shadows.

Most security lights have an option to adjust the length of time they’ll stay on and the motion sensitivity. I’ve found that setting the light on the longest setting and the sensitivity at about 40 percent works best. This gives you light to shoot from for a long period of time, yet the lights won’t come on with every field mouse that drops by for a snack.

Two lights mounted on opposite sides of the feeder provide enough coverage that you can have your entire feeder area illuminated. We’ve even expanded the system and mounted additional lights mounted on t-posts in a circle around our feeder pens to alert us to incoming hogs.

Just make sure you’re not pointing lights toward your feeder that would interfere with your vision.

These lights are bright white, and I’ve often been questioned about the light color. Most lights marketed toward feeders or hunting are colored lights. I’ve had a few dozen people use this system across the state, and the color of the light has not been a problem one single time.

In some instances the game will spook slightly for a few days but within three days they simply ignore it. We found the easiest way to combat this is to throw a gallon of soured corn under the feeder after the lights are installed, and the hogs act like the light’s not there.

If you’re looking for an inexpensive and exciting way to light up your night hunting there’s no better system for a budget conscious hunter. For less than $100 per feeder you can experience the thrill of night hunting and help reduce the Texas hog problem. 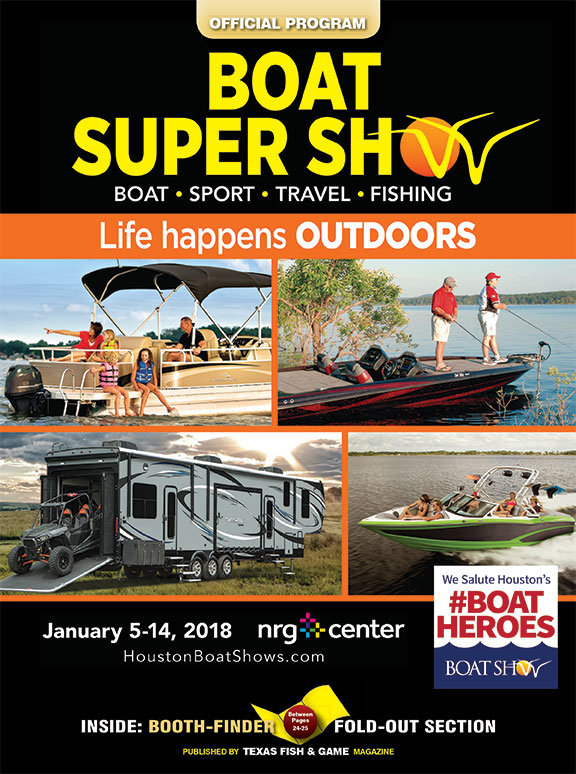 The objective of TPWD is to establish lease agreem

Any kind of broken-skin injury on the water is not

The annual prediction is based on U.S. Geological

If you enjoy sight fishing for cobia, you probably

Due to the economic impacts of the virus, the Outd